Below is an excerpt from the letter written by the students in the Honors Read Tutorial who selected the 2021 Honors Read.

This biography tells the true story of Nicole Maines, an identical twin raised in Orono, Maine with her twin brother Jonas. Although both twins were born boys, Nicole consistently felt out of place within her own body and wanted to present as female from a very young age. Although unsure of how best to help her child, Nicole’s mother remained a supportive and open  minded parent. Nicole’s father, although withdrawn and somewhat dismissive of her identity at first, learns to accept and embrace Nicole for who she truly is.

Nicole faces several challenges as a young transgender girl in Maine, including having to present as male for many years, bullying from her peers, and even discrimination from the Orono school district. Many students, as well as adults in the community did not understand Nicole’s identity, and were hurtful to her because of it. Despite these struggles, Nicole formed her own identity and became a Transgender Rights Activist and actress. Her story is not just one of discrimination and social alienation, but perseverance, self expression, and finding oneself.

Nicole’s story is reflective not only of what it means to be human, but also what it means to be an individual and to be true to oneself. This book challenges the idea of the traditional family, and how it transforms when one of their own is faced with alienation and ridicule, while also touching on the fight against inequality and social discrimination from a fresh perspective. 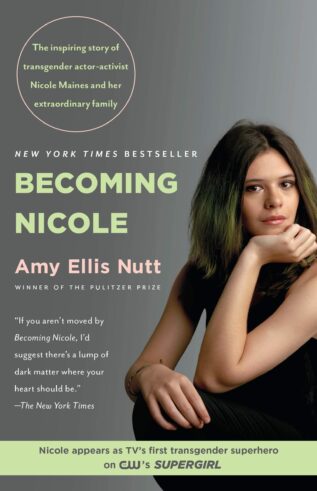 Return to the Honors Read