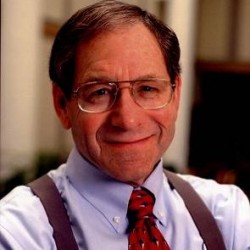 Throughout much of his career, he was deeply involved with Honors at a national level, even acting as president of the National Collegiate Honors Council. He consulted with over 35 Honors programs during his time and created many workshops and books for the improvement of Honors, including the widely used Beginning in Honors Handbook.

Dean François Amar notes: “Sam Schuman was so generous with his time and willing to share his deep of knowledge of all things ‘Honors’ when I asked him for advice during the first few months of my time as Dean of the Honors College here at the University of Maine.”

Assistant Dean Barbara Ouellette reflects: “Sam was the first full time Director of the Honors Program and he was such a joy to work with.  This position was his first administrative position, and he showed such promise as an administrator, as his record exhibits.  He was kind, compassionate, bright, and students loved him.  After leaving UMaine in 1981, he remained in touch with me during these last 33 years.  I was at Honors for just one year when he was selected as the first full-time Honors Director of the University of Maine Honors Program.  We flourished together and I thought we made a great team.  He was my boss, but always treated me as a colleague.  He had such a wonderful sense of humor, and was a very humble person.  He certainly had a great love of Honors as he showed while he was here, and in the years that he was at other institutions.  I will miss hearing from him, and sharing a meal with him at all the Honors conferences that I attended.  I and all those who had the pleasure of getting to know him will miss him.”