I am a scholar of 19th & 20th century British literature, poetry, and aesthetics. Much of my work includes an element of classical reception—how Victorians and modernists inherited forms and concepts from Greco-Roman antiquity. I’ve taught courses on modernism, aesthetics, poetry, and critical methods; and I also teach Greek and Roman literature and culture (especially by way of lyric, dramatic, and epic poetry).

Why I Teach in Honors:
I love tracing concepts across cultures and time with my students. I tend to read with the philological eye I developed as an undergraduate Latin student—attending to the structure, history, idiomatics, and translational possibilities, of each word or phrase (or at least the ones that catch my eye!). W. H. Auden once wrote that, when viewed philologically, “words become, as it were, little lyrics about themselves.” I’m drawn to resonant words—irony, pessimism, gnosticism, cliché, to name a few that have inspired recent work—to find out how their implications change, and also what seems to always remain conceptually in play. Practiced sensitivity to the inscape of words and concepts helps us gain important perspective on our own institutions and ideological assumptions; it’s also fascinating and fun.

I’ll be teaching an Honors Tutorial in Spring 2021: “In Weird Times: Illness and Insight,” exploring a literary trope as prominent in Sophocles as in Virginia Woolf: the idea that the trauma of illness, societal or personal, can provide particular insight (often even prophetic) into the nature of people and society.

Recent and Current Scholarship:
I am in the final stages of co-editing a volume, The Poetry of Samuel Beckett (with Will Davies of the University of Reading), to which I’m also contributing a chapter on Beckett’s gnomic poetry. I’m also working on a monograph provisionally entitled Poetry’s Pessimism, about the influence of determinism and fatalism in modern pastoral poetry. 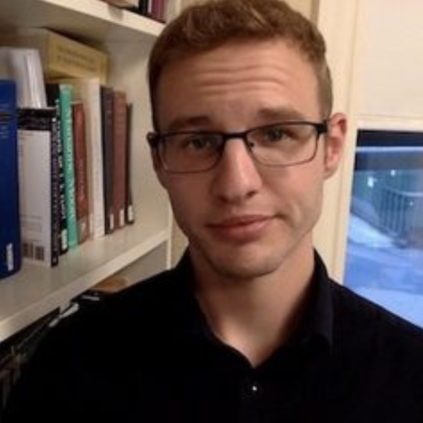